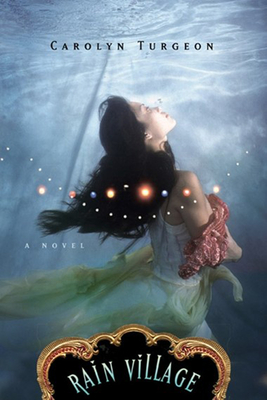 Young Tessa is a diminutive girl, far too small for farm work and the object of ridicule by both her own family and the other children in their isolated Midwestern community. Her father seems to believe in nothing beyond his crops, certainly not education for his misfit daughter. When a mysterious, entrancing librarian comes to town, full of fabulous stories, earthy wisdom and potions for the lovelorn, she takes Tessa under her wing, teaching her to read and to believe in herself--and a whole new magical world of possibilities opens up. But even as she blooms, Tessa's father begins sexually abusing her. And her mentor carries a dark secret of her own that finally causes her to drown herself. Tessa runs off, following Mary's footsteps, to join the circus as a trapeze artist, where she marries a loving man and finds a fulfilling life for herself amidst her new circus family. But she remains haunted by her past. And when a stranger from one of Mary's fabulist tales shows up, Tessa risks everything to follow him to Rain Village, where she might finally discover her mentor's tragic secret. A brilliantly evocative debut set in the early part of the 20th century, steeped in emotional turbulence and down-to-earth wisdom, where a young woman must reconcile the inner traumas from her past and learn to live in the present in order to avoid becoming prisoner to her future. Rain Village casts a fabulous spell, pulling us into a world of mystery and possibility where love, friendship and loyalty might either destroy or set one free.

What was your over all response to Rain Village? Did you find it at all relevant to your own life experience, or things that matter to you? How would you describe the tone of the novel? Discuss the settings of Rain Village. How appropriate, or not, do you think they are to the parts of the story and the characters associated with them? Why?

The Decameron is one of the inspirations for Rain Village. It is a medieval story cycle, set during the time of The Plague. Its structure is this: a representative group of citizens – nobility and commoners – leave the city to escape the plague, having seen friends and family die the horrific Black Death. To comfort one another and take their minds off what they have left behind, they tell each other stories. What parallels to this structure can you find in Rain Village?

The author tells us that the earliest version of Rain Village was a short story based on the Story of the Three Rings from The Decameron. How many “rings” do you find in Rain Village? How do they function to communicate a theme or illuminate the plot? Think beyond the ring that Mary wears around her neck. How many “threes” do you find in the novel? What do they suggest to you?

There are many writers, like Grace Paley and Tobias Wolff, who say they never have a good story in the making until they find a story within a story. Why do you think they might say that? Do you think Carolyn Turgeon, based on Rain Village, might agree with them? Why? How many stories within stories can you identify in Rain Village? What do they add to your enjoyment or understanding of the novel and its characters?

What are your favorite or most memorable fairy tales from childhood? Were they scary? Happy? If most start with “Once Upon a Time,” how do most of them end? If someone says that Rain Village has a fairy tale quality to it, what do you think they might mean by that? Consider the plot, the characters and their effects upon others, including the things they do, and the events in the novel. Also consider the setting(s) of the novel.

Many fairy tales historically had a basis in social issues of the time and other topical realities, such as political controversies. Sometimes they were written to get a dangerous (to the author) message across in disguise. Why do we not have to know that to enjoy them, or draw a moral, or “lesson” from them? What are some issues that Rain Village deals with “in disguise?” Why would the teller of the tale feel the need to hide what they were really talking about? How does the fantastic nature of Mary’s stories about the Ring and about the father who tries to raise his son without Love connect with the reality behind those stories that Tessa discovers in the course of the novel?

What are your childhood memories of going to the library? How do they compare to Mercy Library? Does Mary remind you in any ways of librarians from your childhood, or now? Do you see Rain Village as a tribute to librarians and the American public library system? If so, in what ways? If not, why not?

Do you have any personal experience with suicide that you are comfortable talking about? How familiar are you with why a person might choose to take his or her own life? What are your personal opinions or feelings about the rights and wrongs of suicide? How well, or not, do you think Carolyn Turgeon deals with the subject in Rain Village? Why do you think Mary takes her own life? What impact does it have on Tessa?

How would you describe the nature of the friendship between Mary and Tessa? How is it different or similar to other kinds of close relationships between people that you have experienced in your own life? Mother daughter? Sisters? Teacher student? Mentor mentored? In your mind, what or who is a true friend? Why have you reached that conclusion?

What are some basic differences in how the main characters in Rain Village perceive themselves and their lives, versus how others perceive them? Do you think the way Turgeon focuses on these differences in perceptions is important to understanding the themes of the novel? What do you think the theme(s) of the novel are? Why? How would you respond to someone saying that Rain Village is a story about the powers of storytelling? What are some of the powers of storytelling that you can identify in this novel?