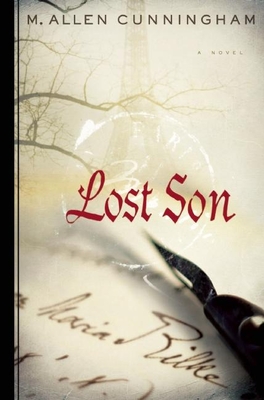 Spanning western Europe from 1875 to 1917 and presenting a gothic historical Paris that subverts our old assumptions regarding the City of Light, M. Allen Cunningham's new novel brings a brooding atmosphere and human complexity to an intimate and imaginative portrait of one of the most uniquely sensitive artists of his time, a poet whose odd childhood and difficult early life will both fascinate and perhaps help explain his determination to stay true to his artistic vision at almost any cost. Here is Rainer Maria Rilke in the grip of his greatest artistic struggle: life itself. Rilke's gripping emotional drama as child, lover, husband, father, protege, misfit soldier, and wanderer is framed by a haunted young figure, a researcher who, a century later, feels compelled to trace Rilke's itinerant footsteps and those of Rilke's fictional alter ego, the bewitched poet Malte Laurids Brigge. The result is an exploration of the forever imperfect loyalties we face in work and life, the seemingly immeasurable distances that can separate life and art, and the generational tensions between masters and admirers.

Cunningham’s writing is beautiful and fluid. I found myself torn, lingering over passages and yet eager to rush on. The Oregonian

With beautifully expressive prose, M. Allen Cunningham is able not only to evoke the poet's angst, but also to get the reader to empathize with it....you'll want to savor every word. I found myself buying Cunningham's previous novel and starting to read Rilke's poems. Sue Asher, Historical Novels Review

Cunningham's effort is so sensitive and sad as befits a poetthat it sent me to the obvious destination: a book of Rilke's poems. Ellen Heltzel, Good Housekeeping.com

Cunningham has taken risks, attempting to paint Rilke in the poet's own words and style, and he has succeeded in producing an offbeat and absorbing literary work. Recommended for larger fiction collections. Library Journal

Lost Son is . . . awe-inspiring in the depth of research Cunningham has done to produce the book and in the depth of understanding the novel reveals regarding Rilke’s life, his struggles, his loves, and his literary work.
Covering the years of Rilke’s life from 1875-1917, Lost Son covers a period of time when Europe was undergoing many dramatic and tumultuous changes. Entire countries were being devoured and rearranged. Art, literature, architecture, and poetry were being re-imagined and readied for the twentieth century and Cunningham has painted a rich portrait of those changing times. Steve Turnbull, Nougat Magazine


"The merits of the novel are many and they cast a spell. Cunningham's rigorous and thoughtful organization ensures that the spell never slides into slush."The Bloomsbury Review