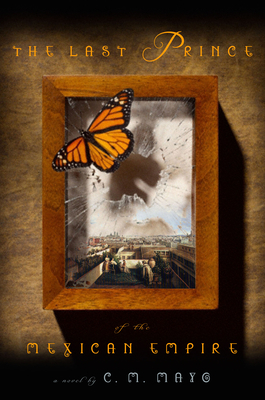 The Last Prince of the Mexican Empire

“Based on actual events, The Last Prince of the Mexican Empire tells the tale of an adopted two-year-old who becomes the Heir Presumptive of Maximilian von Hapsburg. The cast of historical characters, ranging from royalty to household servants, is extensive in this intriguing, real-life drama.”
— Sherri Gallentine, Vroman's Bookstore, Pasadena, CA
View the List

The Last Prince of the Mexican Empire is a sweeping historical novel of Mexico during the short, tragic, at times surreal, reign of Emperor Maximilian and his court. Even as the American Civil War raged north of the border, a clique of Mexican conservative exiles and clergy convinced Louis Napoleon to invade Mexico and install the Archduke of Austria, Maximilian von Habsburg, as Emperor. A year later, the childless Maximilian took custody of the two year old, half-American, Prince Agust n de Iturbide y Green, making the toddler the Heir Presumptive. Maximilian's reluctance to return the child to his distraught parents, even as his empire began to fall, and the Empress Carlota descended into madness, ignited an international scandal. This lush, grand read is based on the true story and illuminates both the cultural roots of Mexico and the political development of the Americas. But it is made all the more captivating by the depth of Mayo's writing and her understanding of the pressures and influences on these all too human players.