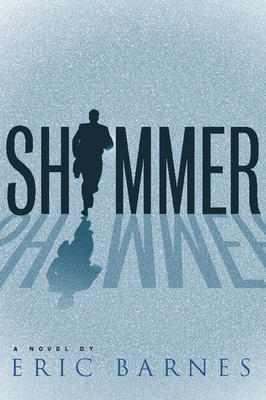 “This story of high-tech, corporate chicanery creates a foreign, but believable, world that will lodge in your mind. Barnes has written a gripping depiction of how people can become dehumanized in their single-minded drive for success. A superior novel.”
— Joe Strebel, Anderson's Bookshop, Naperville, IL
View the List

In just three years, CEO Robbie Case has grown
Core Communications, a data technology company,
from 30 people to over 5,000. Now a $20 billion
company made legendary by its sudden success,
Core is based on a technology no other company
can come close to copying, a revolutionary
breakthrough known as "drawing blood from a
mainframe." And Robbie, its 35-year-old CEO, is
acclaimed worldwide for his vision, leadership and
wealth.
Except that all of it is based on a lie. The technology
doesn't work, the finances are built on a Ponzi
scheme of stock sales and shell corporations, and
Robbie is struggling to keep the company alive,
to protect the friends who work for him and all
that they've built. Each day, Robbie tries to push
the catastrophe back a little further, while his
employees believe that they are all moving closer
to "grace," the day their stock options vest, when
they will be made rich for their faith and loyalty and
hard work. The details of the lie are all keyed into
a shadowy interface that Robbie calls Shimmer, an
omniscient mainframe that hides itself, calculates
its own collapse, threatens to outsmart its creator
and to reveal the corporation's illegal, fragile
underpinnings.
Shimmer is the story of a high-tech crusade nearing
its end. The shell game Robbie has created is finally
running out of room. And Robbie is the only one
who knows or who has a chance to make things
right. Or is he?
A breathless debut novel that charges the
atmosphere with suspense and surprise and
delivers complex characters you can root for in
spite of their flaws, Shimmer is Robbie's race
against the truth.