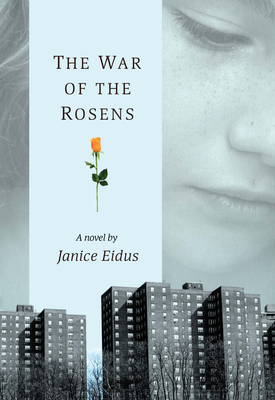 The War of the Rosens

The War of the Rosens, set in 1965, is about an eccentric Jewish family in the Bronx in which the sibling rivalry between two young sisters--one of whom is seriously ill--reaches a danger point, forcing each family member to face the limitations and complexities of love and faith.

Janice Eidus: Janice Eidus has received numerous awards, including two O.Henry Prizes for her short stories, as well as a Redbook Prize, a Pushcart Prize, a National Writers Voice Residency Award, and a Money for Women/Barbara Deming Fellowship. Her work appears in such anthologies as The OxfordBook of Jewish Stories; Neurotica: Jewish Writers on Sex; and, Growing Up Female. Her four highly acclaimed books are The Celibacy Club, Vito Loves Geraldine, Urban Bliss, and Faithful Rebecca.
Loading...
or support indie stores by buying on