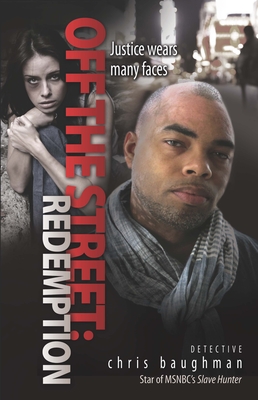 For a hard-charging detective in the Pandering Investigative Team (PIT), now co-host of the MSNBC-TV series Slave Hunter, deliverance comes in the manner of long prison sentences, humiliation, and bankruptcy for the animals who subjugate, beat, and torture women into selling their bodies, while reaping all the financial rewards. With that single-minded goal, Las Vegas detective Chris Baughman finds frustration and dead ends as he and his team work countless hours hunting down someone from his past - Mario Davis, a promising athlete whose bright future takes a sadistic U-turn. Helping Chris are two young women from Davis' stable of ten, who reach out to Chris for rescue after Mario severely beats them. Chris picks up the chase to find and finish Mario off for good, gratis of the Las Vegas penal system.

But justice is complicated, and Chris fears the case is slipping through his fingers when the two women fear testifying against Mario. After being brutalized numerous times, there is still a shred of loyalty. No matter how frustrated Chris is, he knows he can't ask them to put their lives at further risk. Through countless hours and too many sleepless nights, he fears Mario will go free and there will be no justice for the victims. The tough lesson Chris must face is that his job offers a different kind of deliverance and rescue that is far more powerful and encouraging.

As head of the Pandering Investigation Team and Human Trafficking Task Force, Christopher Baughman has changed the culture and scope of the crimes they investigate. He has arrested several of the wealthiest and most violent criminals in Las Vegas. This success caught the attention of investigative reporter Chris Hansen of Dateline NBC's To Catch a Predator. Chris teaches the anatomy of pandering investigations to other departments across the nation, including members of the FBI and IRS, as well as federal parole and probation officers.

Christopher Baughman heads up the Pandering Investigation Team (PIT) and Human Trafficking Task Force in Las Vegas, where his team has arrested and convicted the city's wealthiest and most violent pimps. Their success caught the attention of investigative reporter Chris Hansen of NBC's Dateline Undercover: To Catch a Predator and has been the subject of several episodes, as well as a segment on NBC's American Greed. Chris is the co-host of the MSNBC-TV show Slave Hunter which debuted December 1, 2013.
Loading...
or support indie stores by buying on