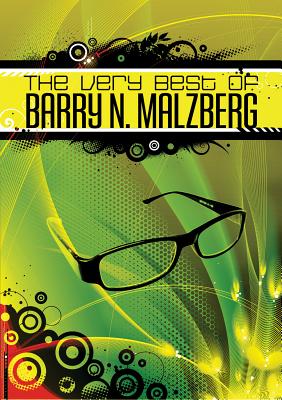 For nearly half a century, Barry N. Malzberg has been stretching the boundaries of the science fiction and fantasy genres to tell truly entertaining tales. In a collection of fiction that Malzberg himself considers his very best, this anthology showcases a literary career spanning almost 50 years, dozens of novels, hundreds of stories, and countless classic books. Each of the 32 stories in this compilation offers Malzberg's trademark vision of a future that is equal parts cautionary tale and social commentary. In the fictional world depicted in one story, dreams turn into frightening trips through time to reveal an ultimate horror; in another the rules in a war game change with every flip of the manic military command. Including pieces appearing for the first time in book form alongside rediscovered gems, these hand-picked selections exhibit his versatile imagination and the dark humor so characteristic of his work.

Praise For The Very Best of Barry N. Malzberg…

"Malzberg makes persuasively clear that the best of science fiction should be valued as literature and nothing else."  —Washington Post Book World

Barry N. Malzberg is a writer and editor of numerous science fiction anthologies and magazines. The author of more than 50 books and more than 250 short stories, he won the first John W. Campbell Memorial Award for the Year's Best Science Fiction, has won two Locus Awards for essay collections, and is a nominee ofboth Hugo and Nebula awards. He lives in Teaneck, New Jersey."
Loading...
or
Not Currently Available for Direct Purchase