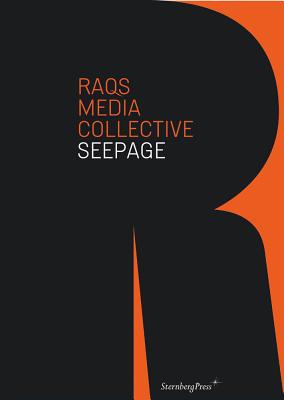 Raqs is a word in Persian, Arabic and Urdu and means the state that "whirling dervishes" enter into when they whirl. It is also a word used for dance. At the same time, Raqs could be an acronym, standing for "rarely asked questions"...

This book gathers together a compilation of texts authored by Raqs Media Collective (Monica Narula, Jeebesh Bagchi, and Shuddhabrata Sengupta). Raqs has been variously described as artists, media practitioners, curators, researchers, editors, and catalysts of cultural processes. Their work, which has been exhibited widely in major international spaces and events, locates them at the intersections of contemporary art, historical enquiry, philosophical speculation, research, and theory--often taking the form of installations, online and offline media objects, performances, and encounters. They live and work in Delhi, based at Sarai, Centre for the Study of Developing Societies, an initiative they co-founded in 2000. They are members of the editorial collective of the Sarai Reader series. In 2008 they were co-curators of the Manifesta 7 biennale.