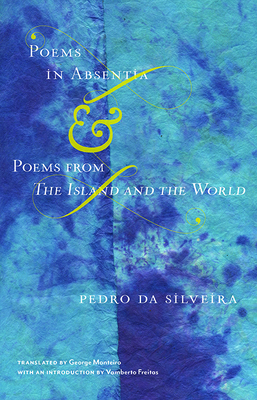 Born on the island of Flores, between Europe and the United States, Pedro da Silveira captures the islander's longing for migratory movement, leading to departure and an inevitable return. These fresh and original poems, now available in this masterful translation, express a deep connection to place, particularly, the insular world of the mid-­Atlantic islands of the Azores. In Poems in Absentia & Poems from The Island and the World, we find yearning, hope, and loss in equal measure. In plain and direct language, we experience the emotions of dreaming and diminution as well as the discovery of illusions. Behind the poet's searing irony, we recognize a capacious and adventurous spirit.

PEDRO DA SILVEIRA (1922–­2003) was a poet, scholar, and translator who worked for decades at the National Library of Portugal. GEORGE MONTEIRO is Professor Emeritus of English and adjunct professor of Portuguese and Brazilian studies at Brown Univers
Loading...
or support indie stores by buying on