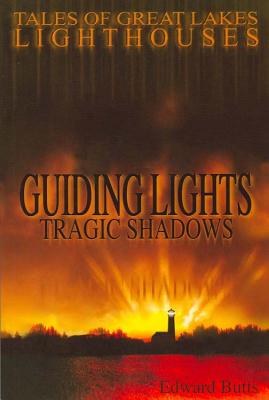 A peaceful lighthouse at Prescott, Ontario, was once the flashpoint of American invasion in an undeclared war. Robbers called "Blackbirds" preyed on Lake Erie shipping, using false beacons to confuse their victims. The lighthouse at Oswego, New York, was the site of one of the worst disasters in the history of the United States Coast Guard. A Lake Huron lightkeeper wiped snow off the window of his lamp room, and inadvertently caused a shipwreck. A 14-year-old Detroit River lightkeeper's daughter was the heroine in a courageous rescue.Lighthouses, from the Upper St. Lawrence River to the head of Lake Superior, have played an integral role in the history, romance, lore and legends of the Lakes. The towers and their keepers bore witness to, and participated in, the dramas of war, shipwrecks, and daring rescues. All while enduring the privations of one of the loneliest occupations on earth.

Edward Butts is the author of numerous books, including Murder, Line of Fire, Running With Dillinger, True Canadian Unsolved Mysteries, and The Desperate Ones, which was nominated for the Arthur Ellis Award. He lives in Guelph, Ontario.
or support indie stores by buying on
Copyright © 2020 American Booksellers Association