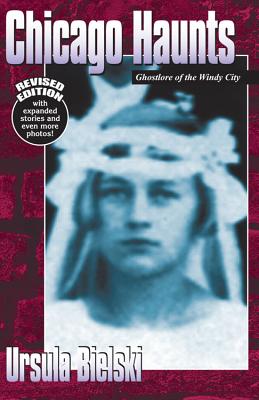 Ghostlore of the Windy City

With the first edition of Chicago Haunts, author Ursula Bielski captured 160 years of Chicago's haunted history in the first volume ever devoted to this intriguing subject. Combining lively storytelling with in-depth historical research, exclusive interviews, and insights from parapsychology, Bielski penned a unique and fascinating exploration of the region's supernatural folklore.

Ursula Bielski grew up in a haunted house on the North Side of Chicago and still lives in that same neighborhood with her own family. At an early age she became a believer in paranormal experiences, from the curse of the Chicago Cubs at nearby Wrigley Field to the ghosts at local Graceland Cemetery. In college Bielski tagged along with psychology students investigating reported hauntings, and she has been a ghosthunter ever since. Her interest in the apparent relationship between folklore and ghostly activity led Bielski to write the acclaimed and widely successful book, Chicago Haunts: Ghostlore of the Windy City. A second volume, More Chicago Haunts: Scenes from Myth and Memory, was released in 2000. She also co-authored Graveyards of Chicago: The People, History, Art, and Lore of Cook County Cemeteries. This is her first book for younger readers.
Loading...
or
Not Currently Available for Direct Purchase