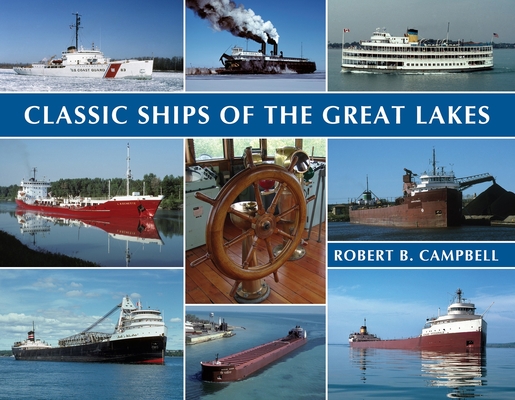 Classic Ships of the Great Lakes

Bob Campbell became interested in the ships of the Great Lakes at a very young age. In the early 1950s, vacation trips to visit relatives at Sault Ste. Marie exposed Bob to the long ships passing through the locks. Bob's Uncle Jerry Campbell worked in the recording room at the locks and would always talk about the boats. The rides across the Straits of Mackinac on the old coal-fired steam-driven ferries before the bridge opened also had a lasting effect upon him. As a teenager, Bob would always pick up the Know Your Ships book put out by Tom Manse. Tom helped mold Bob from a boat watcher to a boat photographer. Bob's photographs have appeared in Michigan History Magazine as well as others around the Great Lakes region. Bob has also put together multi-media programs with video as well as still pictures depicting the Great Lakes ships to various marine organizations around the lakes.
Loading...
or support indie stores by buying on