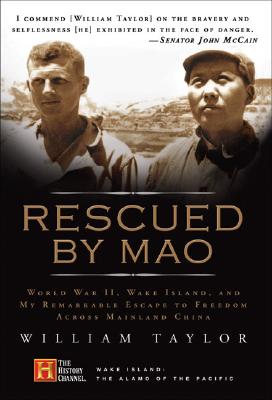 For the first time ever, Bill Taylor shares his story of escape as a prisoner of war during World War II. This biography details Taylor's astonishing experiences as a prisoner of war, an escapee, a wanderer through a strange land, and his eventual meeting with the famous Communist leader, Mao Zedong. This fascinating and engaging story shares the life of a war hero who was the only World War II prisoner of war to successfully escape, inspiring readers by revealing the personal strength and courageous adventures of a lone survivor.

William Taylor was mayor of North Las Vegas, Nevada, for eight years. During that time, he was chairman of the Clark County Civil Defense Program, chairman of the Greater Las Vegas Valley Water District, director of the Las Vegas Convention Center, and chairman of the Boys Club of America in Clark County. He lives in Provo, Utah.
Loading...
or
Not Currently Available for Direct Purchase