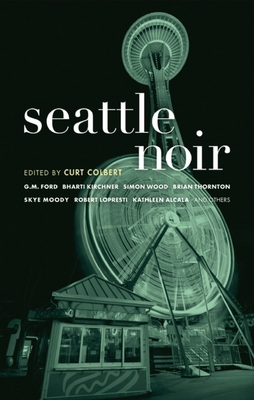 Brand new stories by: G. M. Ford, Skye Moody, R. Barri Flowers, Thomas P. Hopp, Patricia Harrington, Bharti Kirchner, Kathleen Alcal , Simon Wood, Brian Thornton, Lou Kemp, Curt Colbert, Robert Lopresti, Paul S. Piper, and Stephan Magcosta. Early Seattle was a hardscrabble seaport filled with merchant sailors, longshoremen, lumberjacks, rowdy saloons, and a rough-and-tumble police force not immune to corruption and graft. By the mid-50s, the town had added Boeing to its claim to fame, but was still a mostly blue-collar burg that was infamously described as "a cultural dustbin" by the Seattle Symphony's first conductor. Present-day Seattle has become a pricey, cosmopolitan center, home to Microsoft and Starbucks. The city is famous as the birthplace of grunge music, and possesses a flourishing art, theatre, and club scene that many would have thought improbable just a few decades ago. But some things never change--crime being one of them. Seattle's evolution to high-finance and high-tech has simply provided even greater opportunity and reward to those who might be ethically, morally, or economically challenged (crooks, in other words). But most crooks are just ordinary people, not professional thieves or crime bosses--they might be your pleasant neighbor, your wife or lover, your grocer or hairdresser, your minister or banker or lifelong friend--yet even the most upright and honest of them sometimes fall to temptation. Within the stories of Seattle Noir, you will find: a wealthy couple whose marriage is filled with not-so-quiet desperation; a credit card scam that goes over-limit; femmes fatales and hommes fatales; a delicatessen owner whose case is less than kosher; a famous midget actor whose movie roles begin to shrink when he starts growing taller; an ex-cop who learns too much; a group of mystery writers whose fiction causes friction; a Native American shaman caught in a web of secrets and tribal allegiances; sex, lies, and slippery slopes . . . and a cast of characters that always want more, not less . . . unless . . . Curt Colbert is the author of the Jake Rossiter & Miss Jenkins mysteries, a series of hard-boiled, private detective novels set in 1940s Seattle. The first book, Rat City, was nominated for a Shamus Award in 2001. A Seattle native, Colbert still resides in his hometown.

Curt Colbert is the author of the Jake Rossiter & Miss Jenkins mysteries, a series of hardboiled, private detective novels set in 1940s Seattle. The first book, Rat City, was nominated for a Shamus Award in 2001. A Seattle native, Colbert is currently finishing the fourth book in the series, Nowhere Town, as well as working on a present-day novel.
Loading...
or support indie stores by buying on