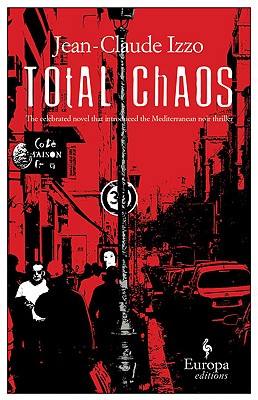 Book One in the Marseilles Trilogy

Ugo, Manu, and Fabio grew up together on the mean streets of Marseilles, where friendship means everything. They promised to stay true to one another and swore that nothing would break their bond. But people and circumstances change. Ugo and Manu have been drawn into the criminal underworld of Europe's toughest, most violent and vibrant city. When Manu is murdered and Ugo returns from abroad to avenge his friend's death, only to be killed himself, it is left to the third in this trio, Detective Fabio Montale, to ensure justice is done. Despite warnings from both his colleagues in law enforcement and his acquaintances in the underworld, Montale cannot forget the promise he once made Manu and Ugo. He's going to find their killer even if it means going too far.


In Izzo's novels, Marseilles is explosive, tragic, breathtakingly beautiful and deadly. Asked to explain the astounding success of his now legendary Marseilles triology, Izzo credits his beloved native city: "Essentially, I think I have been rewarded for having depicted the real beauty of Marseilles, its gusto, its passion for life, and the ability of its inhabitants to drink life down to the last drop." Fabio Montale is the perfect protagonist in this city of melancholy beauty. A disenchanted cop with an inimitable talent for living who turns his back on a police force marred by corruption and racism and, in the name of friendship, takes the fight against the mafia into his own hands.


“One of the masterpieces of modern noir.”
—Michael Dirda, Washington Post

"Izzo's ability to describe Marseilles and to make his readers feel the multiracial reality of that city so directly and authentically is fascinating."
—Andrea Camilleri, author of the bestselling Inspector Montalbano series

"Izzo's Marseilles is ravishing. Every street, cafe and house has its own character."
—Globe and Mail

“Like the best noir writers—and make no mistake, he is among the best — Izzo not only has a keen eye for detail . . . but also digs deep into what makes men weep."
—Time Out New York

"Just as Raymond Chandler and James Ellroy made Los Angeles their very own, so Mr. Izzo has made Marseilles so much more than just another geographical setting."
—The Economist

"The Marseilles trilogy may be the most lyrical hard-boiled writing yet."
—The Nation

"Izzo provides another guided tour of the underbelly of Marseilles (so extensive that it seems to swallow the whole city) that's bracing in its wit and velocity."
—Kirkus (Starred review)

Jean-Claude Izzo was born in Marseilles in 1945. Best known for the Marseilles trilogy (Total Chaos, Chourmo, Solea), Izzo is also the author of The Lost Sailors, and A Sun for the Dying. Izzo is widely credited with being the founder of the modern Mediterranean noir movement. He died in 2000 at the age of fity-five.

For Europa Editions, Howard Curtis has translated fiv novels by Jean-Claude Izzo, including all three books in his Marseilles trilogy, as well as works by Francisco Coloane, Luis Sepúlveda, Caryl Férey, Daniel Arsand, Santiago Gamboa and Carole Martinez.
Loading...
or
Not Currently Available for Direct Purchase