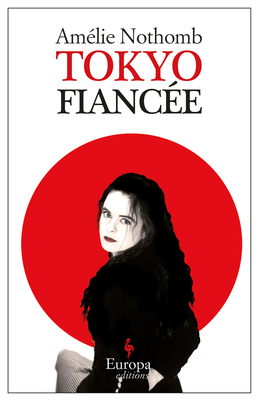 “Amelie Nothomb, an utterly winning and charming young author, has given us a delightful clash of cultures in the dating world, a light, quick, good-hearted plunge into the heart of Japan, from the perspective of a young Belgian girl who takes up teaching French there.”
— Nick DiMartino, University Book Store, Seattle, WA
View the List

“Here is an elegantly written love story with humor, intelligence, and autobiographical honesty, translated from the French. You will find yourself clinging to the words as well as the story.”
— Sandra Goddin, Quail Ridge Books, Raleigh, NC
View the List

Amélie Nothomb brings humor, intelligence, and a refreshing honesty to this highly autobiographical work. Her storytelling appeals to those who feel that their own immediate and personal sense of love is seldom adequately represented in popular fiction.

Amélie is a young language teacher living in Tokyo. When she succumbs to the attentions of her one and only student—the shy, wealthy, and sincere Rinri—the two find themselves in an vibrant affair that is as unusual as it is tender. As their relationship unfolds, revelations emerge on foreigness, communication, age, and the fluctuating nature of love.

Tokyo Fiancée foregoes conventions to create a compelling image of love for the contemporary woman, an anti-Prince-Charming story that is an antidote to traditional romantic fables.

Amélie Nothomb was born in Japan to Belgian parents in 1967. She lives in Paris. Since her debut on the French literary scene a little more than a decade ago, Amélie Nothomb has published a novel a year, every year. Her edgy fiction, unconventional thinking, and public persona have combined to transform her into a worldwide literary sensation. Nothomb's books have been translated into over fifteen different languages and been awarded numerous prizes, including the French Academy’s 1999 Grand Prix for the Novel, the René-Fallet prize, the Alain-Fournier prize, and the Grand Prix Giono in 2008.
Loading...
or
Not Currently Available for Direct Purchase