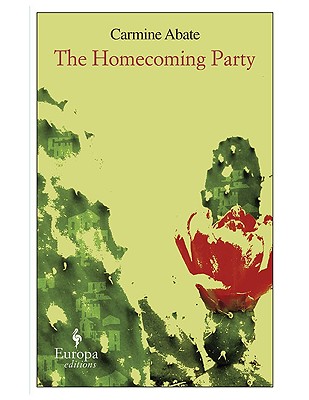 “The Christmas bonfire, a communal effort held in the church courtyard, is the scene of an annual homecoming party in an Albanian-speaking village in Calabria. For Tullio, a victim of the crushing poverty of Southern Italy who is forced to seek work as a manual laborer in France where he leads an isolated life most of the year, it is a time to renew social ties with village friends and family, and to resume his paternal responsibilities. The bonfire is where Tullio and his son Marco tell their tales, share sorrows and frustrations, and cast off painful memories of the long absences. This Christmas, to mark Marco's passage to manhood, will be different.”
— Darwin Ellis, Books on the Common, Ridgefield, CT
View the List

It is Christmas Eve. Sitting on the steps of the village church in front of an enormous bonfire lit in celebration of the season, a father and his son exchange stories. The father speaks of life as an emigrant from Italy, in perpetual limbo between departure and return, between France and his home. The son tells of a life marred by his father's long is absemces, but also of an otherwise idyllic childhood spent in a vivid, enchanting land. Each hides an awful secret concerning the fate of a mysterious man whose affair with the boy's older sister changed their lives. On this night of nights, a shared truth that has long been buried in the hearts of both men will finally emerge.

Set in an Arbëresh town in southern Italy and told in alternating first-person voices, The Homecoming Party is simultaneoulsy a coming-of-age novel, a love story, and a heartfelt cry against the atrocious standards of living that force so many southern Italians to seek a better life elsewhere.

In Antony Shugaar's masterful translation, The Homecoming Party is an intense and moving novel about the difficulties of saying goodbye from one of Italy's greatest storytellers.

Antony Shugaar is the author of I Lie for a Living and Latitude Zero: Tales of the Equator. For Europa Editions he has translated Margherita Dolce Vita and Timeskipper by Stefano Benni, Valeria Parrella's For Grace Received, First Execution by Domenico Starnone, two novels by Massimo Carlotto, The Fugitive and Poisonville, and Carmine Abate's Between Two Seas.
Loading...
or
Not Currently Available for Direct Purchase