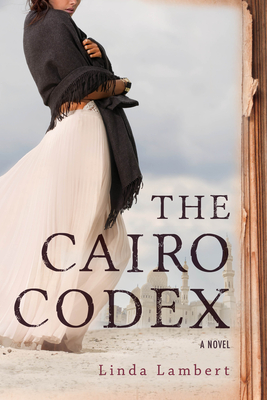 When an earthquake nearly buries anthropologist Justine Jenner in an ancient crypt, she finds what appears to be an ancient codex which, if real, could radically threaten the world's great religions.

The Cairo Codex is a riveting novel of two women, two millennia apart, set in the exotic cultures of ancient and present-day Egypt. Dr. Justine Jenner has come to Cairo to forge her own path from the legacies of her parents, an Egyptian beauty and an American archaeologist. After an earthquake nearly buries her alive in an underground crypt, she discovers an ancient codex, written by a woman whose secrets threaten the foundations of both Christian and Muslim beliefs. As political instability rocks the region and the Muslim Brotherhood threatens to steal the Egyptian Revolution, Justine is thrust into a world where even those she trusts may betray her in order to control the codex's revelations.

Linda Lambert, Ed.D. is Professor Emeritus from California State University, East Bay, and a full-time author of novels and texts on leadership. During Linda's career extensive career, she has served as social worker, teacher, principal, district and county directors of adult learning programs, as well as university professor, state department envoy to Egypt, and international consultant. Her international consultancies in leadership have taken her to the Middle East, England, Thailand, Mexico, Canada, Thailand, and Malaysia. Linda is the author of dozens of articles and lead author of The Constructivist Leader (1995, 2002), Who Will Save Our Schools (1997), and Women's Ways of Leading (2009); she is the author of Building Leadership Capacity in Schools (1998) and Leadership Capacity for Lasting School Improvement (2003). She lives with her husband, Morgan, a retired school superintendent, on The Sea Ranch, CA.
Loading...
or support indie stores by buying on