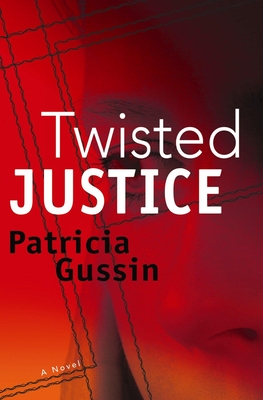 For better . . . Laura Nelson has it all—a successful career as a surgeon, five well-adjusted kids, and a gorgeous, prominent husband Steve, a nightly news anchor at the Tampa TV News. For worse . . .

Laura's seemingly perfect world shatters when she discovers that Steve is sharing much more than a news desk and a billboard with Kim, his sexy co-anchor. But Steve's torrid fling with his coworker is about to come to an abrupt end . . . Till death do us part . . . When Kim is murdered, Laura is left holding the smoking gun.

How far would Laura go to preserve her perfect life? That's about to become yesterday's news. Now, Laura must fight to protect her freedom as lies, deception and dark secrets threaten to close in on her and convert her perfect life into a perfect nightmare. But looks can be deceiving. And deceit can be deadly.

Perfect for fans of Lisa Gardner and Lisa Scottoline

“Gussin, who has crafted a fast-moving suspense tale involving murder, medicine, and the law, shows her bona fides as both doctor and fiction writer.” ―East Hampton Independent

“Here is a novel is as riveting as it is relentless, driving toward a climax that will have you burning through pages late into the night.” ―James Rollins, New York Times best-selling author

“Authentic, insightful, and incredibly scary—everything a powerful medical thriller should be! Fans of Robin Cook and Michael Palmer will be riveted by this cautionary tale.” —Hank Phillippi Ryan, Anthony, Agatha, and Macavity Award-winning author

Patricia Gussin is a New York Times and USA Today best-selling author who is also Board Certified in Family Medicine and has had a career as an executive in the pharmaceutical industry. Her award-winning novels tell the stories of normal people under extraordinary stress. The choices they make. The consequences that follow. The process of endurance and recovery. Shadow of Death, nominated best first novel by International Thriller Writers, is followed by Twisted Justice, Weapon of Choice, and After the Fall. They comprise Medicine and Mayhem: The Dr. Laura Nelson Files. Her standalone thrillers include And Then There Was One, The Test, and Come Home.

Twisted Justice, although a mystery, is propelled by family dynamics. Do you feel that Laura and Steve value family in the same way or is there a fundamental disconnect in their marriage? Discuss your own thoughts of the value of family—are they similar to the characters?

Laura as ‘every woman’, has strengths and foibles. Do think that the extraordinary circumstances that she faces are of her own making or out of her control? Can anyone determine their own lifes—fate or free will? A combination of both?

For a parent, separation from one’s children is perhaps the most basic instinctual fear. How much do you think that this fear drives Laura? Steve?

How do you judge Laura’s moral righteousness: her reaction to Steve vs. the secrets she has kept from him? Does she hold herself to a different code of moral values?

Is Kim a sympathetic character? Is there anyone in your life like Kim?

Steve is portrayed as the villain, but does he have redeeming qualities?

Laura’s immediate reaction to Steve and Kim triggers the chain of events that lead to tragic consequences. How would you see Laura and Steve’s future had she not acted so precipitously?

Who were the victims in Twisted Justice? In the end was justice served?