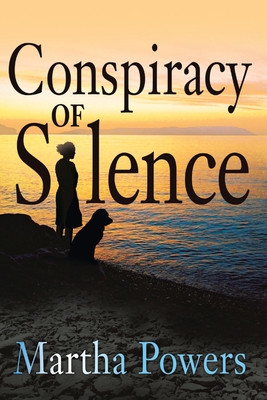 “Mystery lovers are in for a treat. Martha Powers' character, Clare Prentice, a Chicago journalist, begins to unravel secrets of her past ... and discovers that her whole life is a lie. A compelling, fast-paced story set in a small town determined to keep its secrets, Conspiracy of Silence is a must-read, not-to-be-missed mystery.”
— Melissa Wade, Vero Beach Book Center, Vero Beach, FL
View the List

On a sunny day in July, Clare Prentice arrives in Grand Rapids, Minnesota. Although she is on assignment to interview the town's notoriously reclusive novelist Nate Hanssen, Clare is really in search of a different story-her story.Just months before, Clare was a bride-to-be, living in Chicago, and looking to the future.until the day she learned her entire life had been a lie.Not only was Clare adopted, but there is no record that she or her adoptive mother ever existed. The only clue is a class ring from Grand Rapids Senior High School. Unable to get on with her future until she reconciles her past, Clare breaks off her engagement.Unraveling the mystery is like trying to sculpt fog-until the first piece of the puzzle unexpectedly drops into place: Clare's birth mother, Lily Gundersen, was murdered in Grand Rapids.Lily's murder was one of the most talked-about events in the town's history, but no one is talking now. Clare doesn't know the whole story - and someone intends to keep it that way.