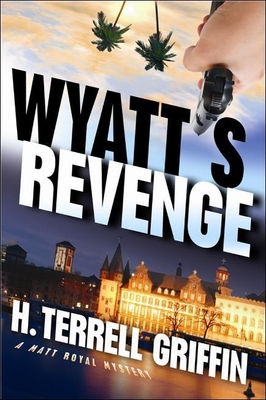 Like an action adventure movie—a roller coaster of action

On balance, retired trial lawyer-turned-beach-bum Matt Royal is a pretty laid-back fellow. But when Laurence Wyatt, one of Matt's best friends, is murdered, Matt trades in his easygoing ways for a hard-hitting quest for revenge.

Matt knows the Longboat Key police will do their job in investigating. But for Matt, finding Wyatt's killer isn't a job; it's personal. Determined to do whatever it takes to solve Wyatt's murder, Matt takes matters into his own hands and embarks on a clandestine investigation.

Soon, Matt finds himself in hot pursuit of a cadre of remorseless criminals and trained killers, but the tables turn, and Matt becomes the pursued. Faced with mounting danger, Matt calls for backup from his buddies Jock Algren and Logan Hamilton.

Matt Royal would go to the ends of the earth to exact revenge for Wyatt's murder, but will he go outside the law?

Expect the unexpected in this wild and dangerous ride from Longboat Key, Florida, to Frankfurt, Germany—because hell hath no fury like Matt Royal scorned.

Perfect for fans of John Sanford and Robert Crais

“If you like an adventure-packed story with a little history lesson thrown in, this book is for you.” —The Bismarck Tribune

H. Terrell Griffin, a former trial lawyer and soldier, is the award-winning and best-selling author of the Matt Royal Mystery Series set on the Florida Gulf Coast island of Longboat Key, and Vindication, set in The Villages of Central Florida. His novels have repeatedly been compared to John D. MacDonald for their setting, character, and style. Wyatt’s Revenge joins the Longboat Key series of Blood Island, Bitter Legacy, Collateral Damage, Fatal Decree, Found, Chasing Justice, and Mortal Dilemma.
Loading...
or
Not Currently Available for Direct Purchase