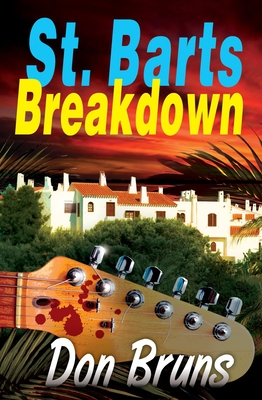 Rock and roll journalist Mick Sever is back with a new assignment: interview music legend Danny Murtz. Murtz's walls are lined with platinum records, but his closet is full of skeletons. Known for producing an unbelievable string of hits, Murtz is also tied to a string of disappearances. Seems a number of Murtz's romantic conquests have vanished into thin air. After his latest incident, Murtz conveniently retreats to his secluded St. Bart villa. Before Mick can hop a plane to the island, he's nearly run down by a speeding car. Coincidence? Maybe, but hitmaker Danny Murtz and near misses go hand in hand. After receiving anonymous threats, Murtz is convinced: someone wants to bring him down. Even his longtime secretary Nancy, and attorney/manager/cleaner-upper Harvey Schwartz are suspect. And that meddlesome Mick Sever is digging too deep. If Danny Murtz has his way, Mick will only need a one-way ticket to paradise. Because if Mick isn't careful, his next column will be an obituary - his obituary. Sun, sand and a psychopath: it's a deadly mix.