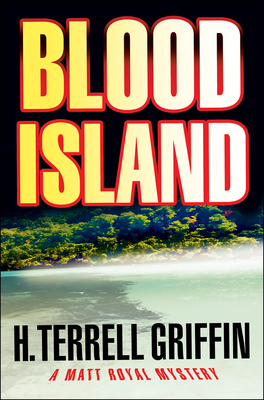 “Matt Royal, an ex-cop and retired lawyer, discovers in a bird sanctuary a dead body that will eventually be a clue in the case of his ex-wife's missing stepdaughter. I really enjoyed Blood Island and will be definitely recommending it.”
— Andra Tracy, Out Word Bound, Indianapolis, IN
View the List

Matt Royal never has to look far for excitement. Excitement—and sometimes trouble—has a way of finding him first. But for this fun-loving lawyer turned beach bum, things are about to get serious. Dead serious.

When his ex-wife asks for help in tracking down her stepdaughter, last seen in Matt's hometown of Longboat Key, Matt agrees to do a little searching. But what looks like the case of one missing girl turns out to be something much bigger—and much more dangerous.

Enlisting the aid of his buddies Jock Algren and Logan Hamilton, Matt launches a full-speed-ahead search that leads from Longboat Key to Key West to an ominous strip of land called Blood Island.

But this is no island paradise. Blood Island is home base to a cult of religious zealots. And they're making devastating plans that could change the world forever.

Perfect for fans of Robert Crais and John Sandford

“Blood Island is Florida Deco fiction at its best and stakes out a solid chunk of literary beachfront for author H. Terrell Griffin. The dialogue, sparse and mature, is Hemingway-esque. His insights into the quirky beast that is Florida will delight John D. MacDonald fans. Mr. Griffin's knowledge of law, and his sense of story, rival Grisham's best. Welcome to the world of Matt Royal, the fun-loving beach bum lawyer who is as tough and smart as any character in modern American fiction.” ―Randy Wayne White, New York Times best-selling author

“Blood Island is a thoroughly entertaining, old-school Florida mystery novel that fans of the region and the genre will love.” ―Booklist

“Griffin seems to have settled into a niche unoccupied by other writers. General mystery fans and Travis McGee addicts alike should enjoy this book.” ―Foreword Magazine

H. Terrell Griffin, a former trial lawyer and soldier, is the award-winning and best-selling author of the Matt Royal Mystery Series set on the Florida Gulf Coast island of Longboat Key, and Vindication, set in The Villages of Central Florida. His novels have repeatedly been compared to John D. MacDonald for their setting, character, and style. Blood Island joins the Longboat Key series of Wyatt’s Revenge, Bitter Legacy, Collateral Damage, Fatal Decree, Found, Chasing Justice, and Mortal Dilemma.
Loading...
or support indie stores by buying on