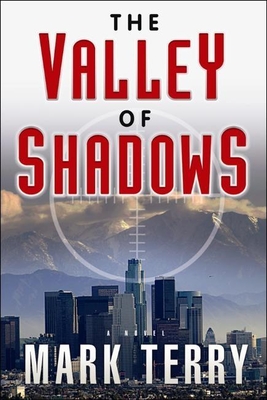 The Valley of Shadows

A raid on a Pakistan Al-Qaeda cell recovers two laptops. When the computers' booby-traps are defused and the computers decrypted and translated, they indicate that Al-Qaeda has planned a series of simultaneous attacks in five U.S. cities involving potential dirty bombs, biological weapons and maybe even a nuclear weapon-on Election Day. Derek Stillwater, troubleshooter for the Department of Homeland Security, is assigned to a multi-jurisdictional Special Terrorism Activity Response Team (START) to locate the weapon and terrorists in Los Angeles and prevent the attack. They have two days. But as they close in on their targets, Derek begins to think that the intelligence they gathered is a sideshow to distract them from the real target-one of the two candidates for President of the United States.

Praise For The Valley of Shadows: A Derek Stillwater Thriller…

"Complex and gripping, The Valley of Shadows by Mark Terry is a sprawling tale of espionage, religious fanaticism, and the cost of hubris. With rich characters and superb insider details, it's a deeply satisfying novel that will linger with you a long time." — Gayle Lynds, New York Times bestselling author

"The latest Derek Stillwater novel, The Valley of Shadows, is a first- rate thriller, well-crafted and relentless, that launches like a rocket and never slows down. Mark Terry is at the top of his form, a slam-bang storyteller, and this novel about L.A. under attack from jihadists is not to be missed." — Douglas Preston, NYT best-selling author

"Not since Thomas Harris's classic Black Sunday has a thriller so brilliantly captured the very real threats posed by modern terrorism as The Valley of Shadows. Mark Terry's terrifying tale reads like prophecy, warning and treatise all rolled into one. And the result is a ticking clock treat that's the very definition of a one-sitting read. Vince Flynn and James Rollins better watch their backs because Mark Terry is coming up fast!" — Jon Land, bestselling author

Mark Terry is the author of the Derek Stillwater series, which includes The Devil's Pitchfork, The Serpent's Kiss, The Fallen, and several standalone novels. He is a contributing essayist in Thrillers: 100 Must-Reads. When not writing, Mark practices guitar, lifts weights, bikes, runs, and studies Sanchin-Ryu karate, in which he holds the level of black belt.
Loading...
or
Not Currently Available for Direct Purchase