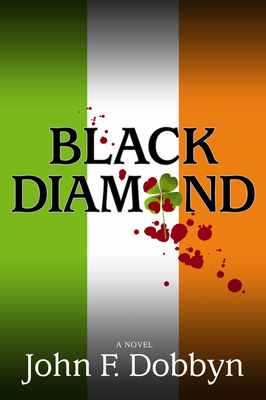 A Novel (Knight and Devlin Thriller #3)

Michael Knight and Lex Devlin agree to defend a jockey accused of murdering a fellow jockey during a race at Boston’s Suffolk Downs. Michael’s expertise in the machinations of the horse racing game is expected to serve them well. But a personal attachment to the murdered jockey thrusts Michael and Lex into the midst of a conflict between Boston’s Irish mafia and remnants of the terrorist branch of the Irish Republican Army. Now they are in the crosshairs of both, and the brutality of these combatants knows no bounds.

As Michael and Lex uncover layer after layer of deceptions involved in the seamier side of horse racing, they become more dangerous to the gangs. In action that shuttles between Ireland and Boston, the lives of the two lawyers as well as those close to them are in the gravest danger and the criminals show no mercy in their quest to put an end to this threat. As their investigation hurtles forward, it could end a wonderful law partnership due to the absence of living partners.

Perfect for fans of Lisa Scottoline and Alafair Burke

Best-selling author John F. Dobbyn, a graduate of Harvard College, Boston College Law School, and Harvard Law School, is a former professor of law at Villanova Law School where he taught criminal, constitutional, and corporate law. Prior to his teaching career, Dobbyn practiced criminal and civil trial work. Black Diamond is the third novel in the award-winning Michael Knight and Lex Devlin Thriller Series, following Neon Dragon and Frame-Up and followed by Deadly Diamonds, Fatal Odds, and High Stakes. Dobbyn is a Boston native and now resides in Valley Forge, Pennsylvania, with his wife, Lois.
Loading...
or
Not Currently Available for Direct Purchase