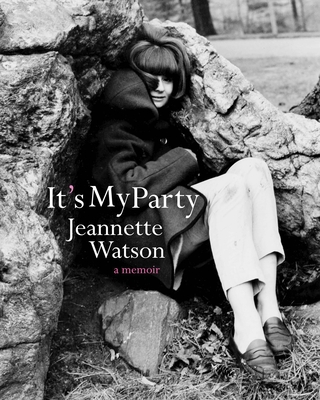 Born into a celebrity family (her father was Watson's son, who turned the company into the powerhouse it still is today, and her mother, Olive, had dated Howard Hughes and John F. Kennedy), Jeannette Watson's larger-than-life family hid a number of secrets. Behind a facade of order and glamour, Tom Watson often experienced dark moods; his depression was something he passed on to his daughter. Jeannette felt she could never measure up to her mother-a legendary beauty-and kept her nose buried in books.

Through her years as a debutante, then young wife and mother, Watson kept her feelings under wraps until she had a mental breakdown. As part of her fight to heal herself, she left her husband, taking their son and moving to New York City to experience its heady 1970s freedoms. She opened the legendary Upper East Side bookstore Books & Co., which became a gathering place for literati. Her personal life soared once more when she met her second husband, Alex Sanger, grandson of Planned Parenthood's founder, with whom she had two more sons. After a long and fulfilling run, the bookstore closed and Watson found her way down a new path to become a spiritual healer.

It's My Party is a portrait of another era, a guide to dealing with depression, and one woman's deep effort to understand herself.

Jeannette Watson is a healer and laughing yoga instructor. She was the owner of Books & Co. and the Lenox Hill Bookstore in Manhattan.
Loading...
or support indie stores by buying on