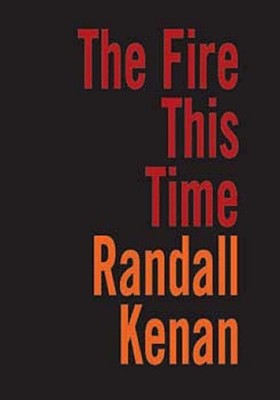 The Fire This Time

James Baldwin's "The Fire Next Time" was one of the essential books of the sixties, and one of the most galvanizing statements of the American civil rights movement.
Now, in the wake of Hurricane Katrina, with a new generation of Americans confronting what Baldwin called our "racial nightmare," acclaimed writer Randall Kenan asks: How far have we come?
Combining elements of memoir and commentary, Kenan's critical eye ranges from his childhood to the present to observe that, while there have been dramatic advances, some old issues have combined with new ones to bedevil us: "Nigger" has become a hip usage; the African-Americans that have finally attained prominent political positions are, more often than not, arch-conservatives; the Christian and Muslim religions so central to the civil rights movement have become more intolerant, while the stirring spiritual music that inspired it has been replaced by an aggressive form of hip-hop.
Starting with W. E. B. Du Bois and Martin Luther King, Jr., Kenan expands the discussion to include many of today's most powerful personalities, such as Oprah Winfrey, O. J. Simpson, Clarence Thomas, Rodney King, Sean "Puffy" Combs, George Foreman, and Barack Obama.
Published to mark the forty-fifth anniversary of James Baldwin's epochal work, this homage by novelist, essayist, and Baldwin biographer Kenan is itself a piercing consideration of the times, and an impassioned call to transcend them.

Praise For The Fire This Time…

“An inventive writer who shows great promise… Kenan continues Baldwin’s legendary tradition of ‘telling it on the mountain’ by giving a voice to the unvarnished truth about blacks.”
—The San Francisco Chronicle

“Kenan demands attention. He often seems to speak rather than to write: one feels more a listener than a reader, drawing a chair up to his fire.”
—The Observer

“A talented young novelist and short-story writer… What makes Kenan…so unusual is his willingness to look beyond the usual places.”
—The New York Times

“Kenan [presents] a magnificent panoramic view of what it means to be human, filled with insight and wisdom and provocation, cause for hope and celebration.”
—The Times-Picayune

Randall Kenan is the author of the biography "James Baldwin: American Writer," and the collection of oral histories "Walking on Water: Black American Lives at the Turn of the 21st Century," as well as the novel "A Visitation of Spirits," and the short story collection" Let the Dead Bury Their Dead." His work has been awarded a Guggenheim Fellowship, a Whiting Writers Award, the Sherwood Anderson Award, the John Dos Passos Award, the Rome Prize from the American Academy of Arts and Letters, and numerous other prizes. He teaches at the University of North Carolina at Chapel Hill.
Loading...
or
Not Currently Available for Direct Purchase