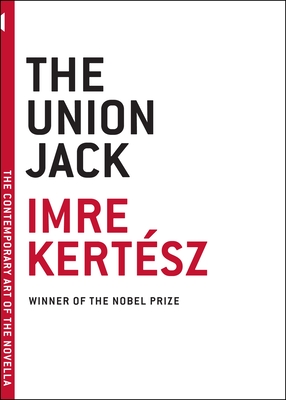 The Union Jack (The Contemporary Art of the Novella)

"It was...unnecessary for me to fret about who the murderer was: Everybody was."

A haunting, never-before-translated, autobiographical novella by the 2002 Nobel Prize winner.

An unnamed narrator recounts a simple anecdote, his sighting of the Union Jack—the British Flag—during the Hungarian Revolution of 1956, in the few days preceding the uprising's brutal repression by the Soviet army. In the telling, partly a digressive meditation on "the absurd order of chance," he recalls his youthful self, and the epiphanies of his intellectual and spiritual awakening—an awakening to a kind of radical subjectivity. In his Nobel address Kertesz remembered:

"I, on a lovely spring day in 1955, suddenly came to the realization that there exists only one reality, and that is me, my own life, this fragile gift bestowed for an uncertain time, which had been seized, expropriated by alien forces, and circumscribed, marked up, branded—and which I had to take back from 'History', this dreadful Moloch, because it was mine and mine alone..."

The Contemporary Art of the Novella series is designed to highlight work by major authors from around the world. In most instances, as with Imre Kertész, it showcases work never before published; in others, books are reprised that should never have gone out of print. It is intended that the series feature many well-known authors and some exciting new discoveries. And as with the original series, The Art of the Novella, each book is a beautifully packaged and inexpensive volume meant to celebrate the form and its practitioners.

Praise For The Union Jack (The Contemporary Art of the Novella)…

"...An enormous effort to understand and find a language for what the Holocaust says about the human condition."
—George Szirtes, Times Literary Supplement

"...Searching and visionary beyond the usual parameters."
—Sven Birkets, Bookforum

"In explaining something of the weight and importance of Kertesz's subjects and creative achievements, it is hard to convey simultaneously the deftness and vivacity of his writing....There is something quintessentially youthful and life-affirming in this writer's sensibility..."
—Ruth Scurr, The Nation

“Kertész's work is a profound meditation on the great and enduring themes of love, death and the problem of evil, although for Kertész, it's not evil that is the problem but good.”
—John Banville, author of The Sea

Born in Budapest in 1929, Imre Kertész was imprisoned at Auschwitz in 1944, and then at Bunchenwald concentration camp. After the war and repatriation, the Soviet seizure of Hungary ended Kertesz's brief career as a journalist. He turned to translation, specializing in German language works, and later emigrated to Berlin. Kertesz was awarded the Nobel Prize for literature in 2002 for "writing that upholds the fragile experience of the individual against the barbaric arbitrariness of history."
or
Not Currently Available for Direct Purchase