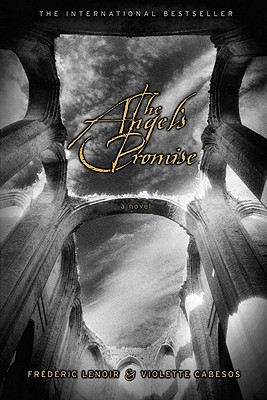 Rising out of the sea on a rocky isle off the coast of France, the church and abbey of Mont-Saint-Michel have withstood the harsh northern weather-and withheld its darkest medieval mysteries-for one thousand years. Until now.

Now a young, brilliant archeologist, Joanna, has begun to uncover and explore secrets that have long lain buried at the sacred site. For not even ten centuries have been able to obliterate completely the brutal treachery of the Benedictine monk Brother Almodius or the misfortunes of the tender-hearted Brother Roman in his forbidden love for a Celtic girl who survived ritualistic torture by the elements of earth, air, fire, and water.

In an expedition at once metaphysical and archeological, reality becomes an elusive, dangerous place, and it leaves Joanna with no one she can fully trust: from her married lover, Franois, to Simon, the cosmopolitan antique dealer strangely connected to the abbey; to Guillaume, whose passion for Joanna's work comes not unalloyed; to the jealous archeologist-and devious saboteur-Patrick Fenoy.

Her science increasingly challenged by inexplicable mysteries, in the embrace of peril Joanna treads the ancient stones and arcana in the depths of the Romanesque abbey at Mont-Saint-Michel as this prize-winning and artfully-crafted thriller unfolds.

Frdric Lenoir is a philosopher specializing in the study of religions. He has published over 20 books and been translated in over a dozen languages.

Violette Cabesos has written one previous novel, "Sang Comme Neige," Both she and Mr. Lenoir live in Paris.