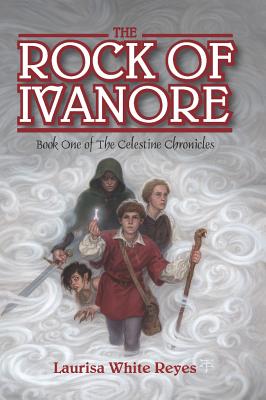 The Rock of Ivanore (Celestine Chronicles #1)

The annual Great Quest is about to be announced in Quendel, a task that will determine the future of Marcus and the other boys from the village who are coming of age. The wizard Zyll commands them to find the Rock of Ivanore, but he doesn't tell them what the Rock is exactly or where it can be found. Marcus must reach deep within himself to develop new powers of magic and find the strength to survive the wild lands and fierce enemies he encounters as he searches for the illusive Rock. If he succeeds, he will live a life of honor; if he fails, he will live a life of menial labor in shame. With more twists and turns than a labyrinth, and a story in which nothing is at it seems, this tale of deception and discovery keeps readers in suspense until the end. Middle readers will find that The Rock of Ivanore fits nicely among the traditional fantasies they so enjoy. They will also appreciate its fresh and inventive take on the genre.

Praise For The Rock of Ivanore (Celestine Chronicles #1)…

"This is a swift and compelling epic that readers of high fantasy will love!"
Tony Abbott, author of The Secrets of Droon

Laurisa White Reyes spent many years writing for newspapers and magazines before mustering enough courage to pursue her dream of writing novels. Aside from her obsession with books, she also loves musical theater and fantasizes about singing on Broadway (one dream she does not intend to pursue). She lives in Southern California with her husband, five children, four birds, three lizards, two fish and one dog. Please visit her website www.laurisawhitereyes.com and her blog www.1000wrongs.blogspot.com. The Rock of Ivanore is her first published novel.
Loading...
or support indie stores by buying on