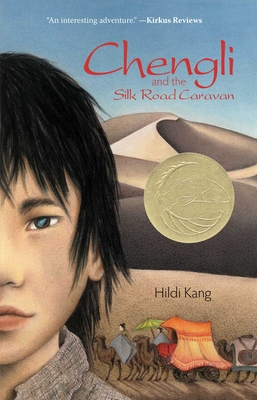 Chengli and the Silk Road Caravan

Chengli is an orphaned errand boy who lives in Chang'an China in 630 A.D. His mother has died from illness and his father is presumed dead after disappearing into the desert when Chengli was a baby. Now thirteen, Chengli feels ready for independence. He is drawn to the desert, beckoned by the howling of strange winds and the hope of learning something about his father--who he was and how he died. Chengli joins the caravan to travel down the merchant route known as the Silk Road, but it is a dangerous life, as his father knew. The desert is harsh, and there are many bandits, particularly drawn to Chengli's caravan because a princess, her servants, and royal guards are traveling with them. This story invites readers to experience the sights, sounds, and smells of this fabled desert route.

Praise For Chengli and the Silk Road Caravan…

"This fast-paced adventure is filled with friendship, historical detail, changing scenery, and action. It will appeal to a wide range of readers." School Library Journal

Hildi Kang is a former educator, a writer, and active traveler, having made trips by foot, bike, and llama. An early love of books and maps led to dreams of the blue-domed mosques of Samarkand and the donkey market in Kashgar. In the 1990s, the borders of previous Communist country opened, and Hildi, her husband, and two companions (plus driver and interpreter), spent a month following the trade routes around the Taklamakan desert in the northwest province of China and crossing into Uzbekistan to follow the road from the cities of Khiva to Samarkand. Hildi Kang is a graduate of the University of California, Berkeley, and as an educator, she taught elementary Special Education. Her writing includes five books for elementary school teachers, an entry in Fire and Wings, the dragon anthology of Cricket Books, and two academic books on Korean history. When not writing or traveling, she hikes, bikes, and plays cello in a local orchestra. She and her family lived many years in the town of Clarence Center near Buffalo, New York, and currently reside in Livermore, California.
Loading...
or
Not Currently Available for Direct Purchase