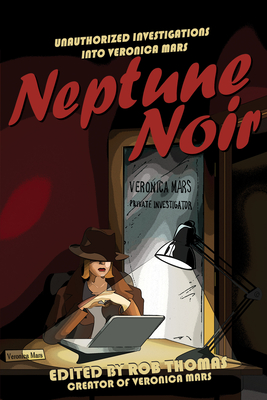 Neptune Noir is a collection of essays on the hit drama Veronica Mars, and is not authorized by CW, the creators or producers of Veronica Mars, or any entity associated with the show.

More than just a high school drama, Veronica Mars is a smart and savvy teen detective show that offers complex mysteries and rapier wit, engaging social commentary, and noir sensibilities—with the occasional murder thrown in for good measure. This collection, edited by the creator and executive producer of the show, offers supreme insight into the class struggles and love stories of the series. Essays by top writers intelligently address a multitude of questions, such as Is Veronica a modern-day vigilante? Why is a show that features rape, potential incest, and a teen girl outsmarting local authorities so popular with America's conservative population? and Why is Veronica and Logan's relationship the most important story-driving factor in the show?

Rob Thomas is the creator and executive producer of the critically acclaimed drama Veronica Mars. He is a former script writer for television shows Dawson's Creek andSpace Ghost Coast to Coast and the film Drive Me Crazy. He lives in Los Angeles.
Loading...
or support indie stores by buying on