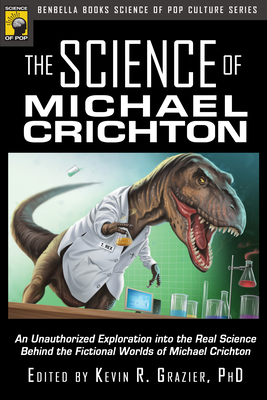 The Science of Michael Crichton

Wherever the cutting edge of science goes, Michael Crichton is there. From dinosaur cloning to global warming, nanotechnology to time travel, animal behavior to human genetics, Crichton always takes us to the cutting edge of science and then pushes the envelope. The Science of Michael Crichton examines the amazing inventions of Crichton's books and lifts up the hood, revealing the science underneath. In intelligent and well-thought essays, scholars and experts decide what Crichton gets right and what he gets wrong. They examine which Crichton imaginings are feasible and which are just plain impossible. Scenarios examined include whether dinosaurs can be cloned, if nanotechnological particles can evolve intelligence, and if we can go back in time.

Kevin Grazier, PhD, is the science advisor for the Sci-Fi Channel series Battlestar Galactica and Eureka and the PBS animated series The Zula Patrol. He also works at NASA's Jet Propulsion Laboratory. He splits his time living in Sylmar, California, and Mesa, Arizona.
Loading...
or support indie stores by buying on