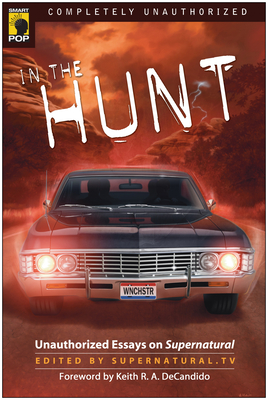 A relative newcomer to the paranormal-teen drama scene, the hit TV show Supernatural has already developed a rabid and deeply committed fan base since its debut in the fall of 2005. When their dad mysteriously disappears, brothers Dean and Sam Winchester join forces to bring him home and are pulled headlong into the world he knew best—one full of demons, spirits, monsters, and ghouls. Featuring essays from three lucky fans as well as leading writers and pop culture experts, this insightful anthology sheds light on a variety of issues, including why such a male-centric show has such a large female fan base, "Wincest" and homoeroticism, how Supernatural can be interpreted as a modern-day Brothers Grimm, and the questionable nature of John Winchester's parenting habits.

Supernatural.tv is one of the largest websites dedicated to the television show, Supernatural. It offers news, episode guides, multimedia, and popular forums.
Loading...
or support indie stores by buying on