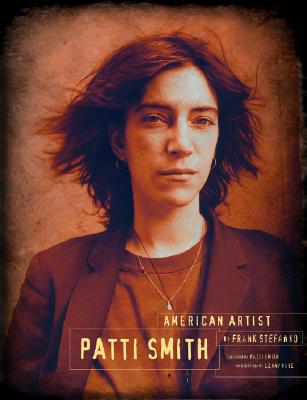 “Frank always shot your internal life. He let your external imperfections show. His photos had a purity and poetry; there was some humor…” - Bruce Springsteen
Patti Smith was a favorite photographic subject for Frank Stefanko during his college years. “Patti had jet-black hair and pale blue eyes that could see right through you. When I visited New York, I started photographing Patti, I was captivated by her look…tall, thin, with porcelain skin, sharp features, and those piercing eyes. With me, in terms of portraits, it’s always the eyes first, then the rest of the face comes into view.”
Patti Smith came to prominence during the punk rock movement in the 1970s, with her highly regarded 1975 debut album, Horses. She has been called "punk rock's poet laureate" because of her feminist sensibilities and intellectual approach to her music. As a result, she is one of rock and roll's most influential female musicians, and according to Rolling Stone, one of ”The 100 Greatest Artists of All Time.” Among some of Patti Smith’s early influences were Robert Mapplethorpe, Jim Carroll and Tom Verlaine. She spent the early 1970s painting, writing, and performing spoken-word poetry- frequently at the St. Marks Poetry Project. By 1974, she was performing as a musician, initially with guitarist and rock archivist Lenny Kaye. The Patti Smith Group produced four albums in the 1970s, reaching #13 on Billboard’s Top 100 in 1978 with the single “Because The Night,” co-written with her friend Bruce Springsteen.