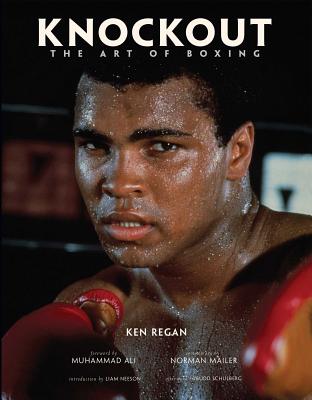 The Art of Boxing

Ken Regan was a young photographer in 1964 when he covered Muhammad Ali's first fight: his historic victory over Sonny Liston in Miami Beach. Afterward, the young photographer embarked on a life-long love affair with the sport of boxing.

For the next four decades, Regan would go on to chronicle the greatest fights and the greatest fighters of the age. His extraordinary photographs include many of the most enduring images ever created in the annals of boxing, as well as portraits of notable trainers, managers, promoters, writers, and the whole panoply of celebrities associated with the sport. Featuring some of the greatest ring action in boxing history, Knockout takes us from sparring sessions and press conferences to weigh-ins and post-fight sessions.

Knockout also features Regan's compelling stories and firsthand accounts of his amazing photographic journey into the heart of boxing. Beginning with his early magazine work shooting prizefights and throughout the following decades, Regan developed close personal friendships with some of the greatest fighters. Regan captures intimate moments showing fighters with their families at home and on the road. With numerous black-and-white and color images, many of them seen here for the first time, Knockout is destined to be one of the most celebrated books ever published on the subject of boxing.

Oscar-nominated actor LIAM NEESON started boxing at the age of nine, taught by the local parish priests in his hometown of Ballymena, Ireland. In his teens, he held the title of Youth Heavyweight Champion of Ireland for three consecutive years. A lifelong fan, Neeson still works out with his punching bag four or five times a week.

BUDD SCHULBERG was an American screenwriter, television producer, sports writer, and author of the best-selling novels What Makes Sammy Run and The Harder They Fall as well as the Academy Award–winning screenplay for On the Waterfront.
or
Not Currently Available for Direct Purchase
Copyright © 2020 American Booksellers Association