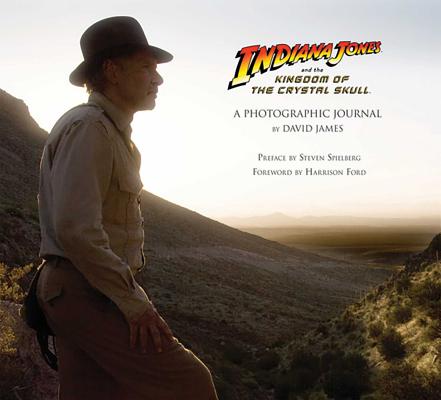 Indiana Jones and Kingdom of the Crystal Skull

Step behind the scenes of Oscar winner Steven Spielberg's closed set to explore the perils that wait in Indiana Jones and the Kingdom of the Crystal Skull: A Photographic Journal. Dr. Jones dons his hat and holsters his whip for another death-defying adventure into the uncharted provinces of history in the latest film of the Indiana Jones series. Pit against the sinister ambitions of the Soviet empire, he must take vigilante action to save the world from the uncanny threats of ancient evils. From the jungles of the Amazon to the bazaars of Morocco we follow the cast and crew through the landscapes, cinematic battles, and diverse sets that challenged filmmakers for five months of shooting. Witness how the dark myths of Mayan mythology were brought to life, the reconstruction of early Cold War environments, and how Harrison Ford performed his own stunts in his most physically demanding role to date. From concept to cutting room floor access the creative force behind Indiana Jones and leap beyond screen.

David James is one of the film industry s most accomplished and respected photographers. He has worked with many leading directors, and his images also have appeared on film posters and in magazines, newspapers, and eight books. In 2006 he received the Film Publicist Award for Excellence in Still Photography."
Loading...
or
Not Currently Available for Direct Purchase