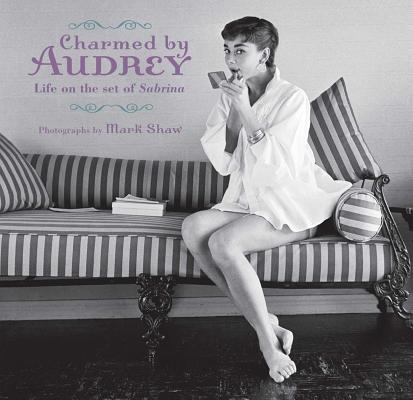 Life on the Set of Sabrina

In 1953, Paramount was making a film with a new actress named Audrey Hepburn. Life magazine assigned one of its top young photographers, Mark Shaw, to shoot a feature, and he spent weeks with the star on and around the set. Shaw's extraordinary level of access resulted in an amazing array of photos and over 60 rolls of film that captured the budding ing nue's charm and grace on set and in everyday life. The images chronicled Hepburn waking up at home, having her hair washed at the beauty parlor, reading, relaxing, studying the script, chatting with her costars and director Billy Wilder, and acting in one of her most famous roles. Through the handful of photographs published in Life for the Sabrina article have become iconic images of Hepburn, the majority of the negatives were misplaced and never published. Rediscovered 50 years later, these photographs offer a stunning visual biography of Hepburn's youth and rising star.

Mark Shaw is best known for his photographs of Jacqueline and John F. Kennedy, which he shot originally for LIFE magazine and later as the Kennedys' "unofficial" family photographer. Mark Shaw began working for LIFE in 1952, shooting 27 covers and more than 100 stories. As a leading fashion photographer, he also worked for Harper's Bazaar, Mademoiselle and a host of other publications. He was one of the first photographers to use color when shooting the runways and "backstage" at the couture shows. Shaw worked as a top print advertising photographer until his untimely death in 1969 at the age of 47.
or
Not Currently Available for Direct Purchase
Copyright © 2020 American Booksellers Association