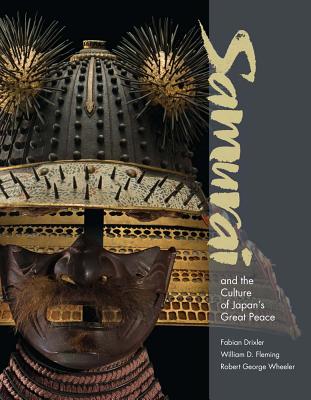 Samurai and the Culture of Japan’s Great Peace

An exquisite collection of objects relating to the traditions of samurai warriors, from swords and armor to dishes and paintings

Through artifacts from the Yale Peabody Museum of Natural History and other collections at Yale University, this lavishly illustrated volume takes readers on a journey into Japan’s early modern cultural and political history. It also offers tantalizing glimpses of medieval Japan and the technology underlying the material culture of the samurai. Some objects are dazzling aesthetic and technical feats: impossibly intricate lacquerware, swords as bright and sharp as the day they were forged, and glittering suits of armor from daimyo collections. Others are more unassuming, but equally capable of evoking visions of a lost world. Readers will encounter commoners alternately fearful of samurai violence and swept up in the romance of the cult of loyalty; artists and writers conjuring scenes of adventure and wit; families reaching out to departed kin across the chasm of death; parents deciding whether to raise or reject a newborn baby; underground Christians hiding their faith behind a Buddhist icon; and Japanese artifacts that take on new meanings in Ainu villages and the parlors of New England collectors.

This book covers some well-known facets of Japanese history, but also features cutting-edge research. Like the exhibition from which it emerges, it is designed to be engaging and accessible to the general public while offering experts new information and perspectives.

Praise For Samurai and the Culture of Japan’s Great Peace…