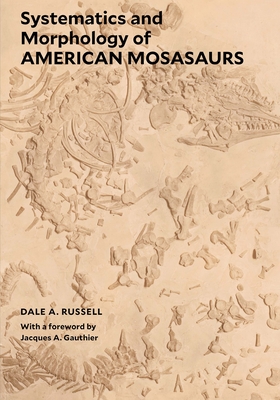 Systematics and Morphology of American Mosasaurs

Dale A. Russell, Jacques A. Gauthier (Foreword by)

A classic work from the Yale Peabody Museum of Natural History describing the mosasaurs, a group of large predatory marine lizards of the Mesozoic

​Mosasaurs have captured the imagination of readers everywhere interested in prehistoric life, and they remain a focus of paleontological study to this day. This edition of Dale Russell’s Systematics and Morphology of American Mosasaurs presents the complete, classic text, generously illustrated with more than one hundred drawings and photographs, and includes a new foreword by vertebrate paleontologist Jacques A. Gauthier (Yale University and Yale Peabody Museum of Natural History).

Dale A. Russell is professor emeritus in the Department of Marine Earth and Atmospheric Sciences at North Carolina State University, and was among the first paleontologists to consider an extraterrestrial cause for the extinction of the giant dinosaurs. Jacques A. Gauthier is professor of geology and geophysics at Yale University and curator-in-charge of vertebrate paleontology and curator of vertebrate zoology, Yale Peabody Museum of Natural History.
Loading...
or support indie stores by buying on