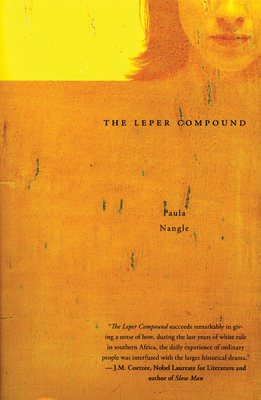 "The Leper Compound will . . . remain with the reader long after the book has been closed."--Stuart Dybek, author of I Sailed with Magellan

For Colleen, motherless at seven, isolated from her schizophrenic younger sister, illness unleashes the uncanny and essential of human identity. Growing into womanhood in Rhodesia's final conflict-ridden years, she transgresses social, racial, and political boundaries in her search for connection. This masterly novel is a searing evocation of late-twentieth-century African life.

Paula Nangle was raised by missionaries in the United States and southern Africa and now lives in Benton Harbor, Michigan. This is her first novel.

Paula Nangle was raised by missionaries in the US and southern Africa and directly witnessed the transition of Rhodesia to Zimbabwe. She is a practicing psychiatric nurse and an advocate for patient's rights. An MFA in creative writing graduate of Western Michigan University, she has published fiction in a number of literary magazines. This is her first novel.
Loading...
or support indie stores by buying on