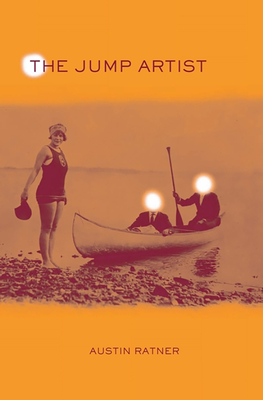 "A remarkable work . . . that] documents a triumph of the human spirit over tremendous adversity."--Harper's

"This elegantly-written tribute makes as beautiful a use of the darkness and light of one man's life as a Halsman photograph of a pretty young woman."--GQ

Ratner weaves a psychologically arresting fiction from these facts, imagining the creep of Nazism in 1928 Europe.--Cleveland Plain Dealer

"A beautifully scrupulous, intricately detailed novel about joy and despair, anti-Semitism and assimilation, and like a great photograph, it seems to miss nothing, and to catch its subject in all his complexity."--Charles Baxter

Philippe Halsman is famous for his photographs of celebrities jumping in the air, for putting Marilyn Monroe (among countless others) on the cover of Life Magazine, and for his bizarre collaborations with surrealist Salvador Dal ("Dal Atomicus," Dal 's Mustache). What is not well known is his role in the "Austrian Dreyfus Affair," which rocked Europe in the years leading up to WWII. While hiking in the Tyrolean Alps, Philippe's father was brutally murdered when Philippe went ahead on the trail. The year was 1928, Nazism was on the rise and Philippe, a Jewish 22 year old from Latvia, was charged with the murder. He spent several years in an Austrian prison and the trial became a public scandal that pitted many prominent intellectuals, including Albert Einstein and Sigmund Freud, against the rising tide of fascism.

The Jump Artist is evocative psychological fiction based on this true story. Austin Ratner has extensively researched Halsman's life and tells the extraordinary tale of a man who transforms himself from a victim of rampant anti-Semitism into a purveyor of the marvelous.

Austin Ratner's debut novel, The Jump Artist, received the Sami Rohr Prize for Jewish Literature and was featured in Publishers Weekly as one of the ten most promising debuts. Before turning his focus to creative writing, Ratner received his M.D. from the Johns Hopkins School of Medicine, co-authored the textbook Concepts in Medical Physiology, and was Clinical Assistant Professor of Preventive Medicine at the Stony Brook University School of Medicine. He is the recipient of a Sun Valley Writers' Conference Fellowship and his work has been honored with the Missouri Review Editors' Prize in Fiction. Ratner grew up in Cleveland, Ohio, has attended the University of Iowa Writers' Workshop, and now lives in Brooklyn, New York with his wife and two sons.
Loading...
or support indie stores by buying on