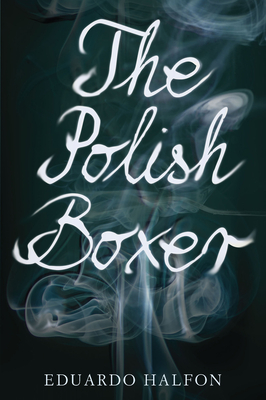 "Elegant" --Marie Claire "Funny and revelatory." --New York Times Book Review "Deeply accessible, deeply moving." --Los Angeles Times The Polish Boxer covers a vast landscape of human experience while enfolding a search for origins: a grandson tries to make sense of his Polish grandfather's past and the story behind his numbered tattoo; a Serbian classical pianist longs for his forbidden heritage; a Mayan poet is torn between his studies and filial obligations; a striking young Israeli woman seeks answers in Central America; a university professor yearns for knowledge that he can't find in books and discovers something unexpected at a Mark Twain conference. Drawn to what lies beyond the range of reason, they all reach for the beautiful and fleeting, whether through humor, music, poetry, or unspoken words. Across his encounters with each of them, the narrator--a Guatemalan literature professor and writer named Eduardo Halfon--pursues his most enigmatic subject: himself. Mapping the geography of identity in a world scarred by a legacy of violence and exile, The Polish Boxer marks the debut of a major new Latin American voice in English. Eduardo Halfon was named one of the best young Latin American writers by the Hay Festival of Bogot and is the recipient of a Guggenheim Fellowship and the prestigious Jos Mar a de Pereda Prize for the Short Novel. The Polish Boxer, his first book to appear in English, was a New York Times Editors' Choice selection and finalist for the International Latino Book Award. Halfon is currently the Harman Writer in Residence at Baruch College in New York and travels frequently between his homes in Nebraska and Guatemala.

Praise For The Polish Boxer…

These are the stories of life . . . the question of survival (of both people and cultures) and the way the fictional makes the real bearable and intelligible.” Publishers Weekly (boxed review)

Halfon passionately and lyrically illustrates the significance of the journey and the beauty of true mystery. The Polish Boxer is sublime and arresting, and will linger with readers who will be sure to revisit it again and again.” Booklist (starred review)

Brilliant . . . opens with one of the best classroom scenes I’ve ever read.” Shelf Awareness

Eduardo Halfon is a brilliant storyteller, whose gifts are displayed on every page of this beautiful, daring, and deeply humane book.” DANIEL ALARCÓN, author of War by Candlelight and Lost City Radio

”Eduardo Halfon’s prose is delicate, precise, and as ineffable as precocious arta lighthouse that illuminates everything.” FRANCISCO GOLDMAN, author of Say Her Name

The Polish Boxer is an enchanting, unclassifiable book of encounters, impressions, and improvisations: a book for the ages, which can be read in one sitting, and then again, and again, and again.” CHRISTOPHER MERRILL, director of the International Writing Program at the University of Iowa and author of The Tree of the Doves: Ceremony, Expedition, War

It is not often that one encounters such a mix of personal engagement and literary passion, or pain and tenderness.” ANDRÉS NEUMAN, author of Traveler of the Century

Eduardo Halfon belongs to a new generation of Latin American writers who, from the beginning, demonstrate an impeccable mastery of their craft, without any hesitation in the use of language.” SERGIO RAMÍREZ, former Vice President of Nicaragua and author of Margarita, How Beautiful the Sea