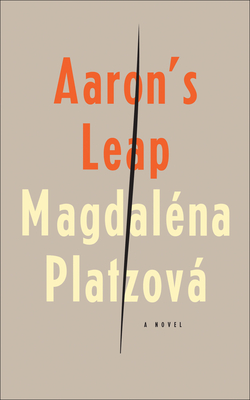 "Told in clear and beautiful prose, Aaron's Leap is a deeply moving portrait of love, sacrifice, and the transformative power of art in a time of brutal uncertainty." --SIMON VAN BOOY, author of The Illusion of Separateness Based on the real-life story of Bauhaus artist Friedl Dicker-Brandeis, Aaron's Leap is framed by the lens of a twenty first-century Israeli film crew delving into the extraordinary life of a woman who taught art to children in the Nazi transport camp of Terez n and died in Auschwitz. Aided by the granddaughter of one of the artist's pupils, the filmmakers begin to uncover buried secrets from a time when personal and artistic decisions became matters of life-and-death. Spanning a century of Central European history, the novel evokes the founding impulses, theories, and personalities of the European Modernist movement (with characters modeled after Oskar Kokoschka, Alma Mahler and Franz Werfel) and shows what it takes to grapple with a troubled history, "leap" into the unknown, and dare to be oneself. Magdal na Platzov was raised in Prague and has lived in Washington, DC and New York City, where she taught literature at NYU, and now lives in Lyon, France. She is the author of a children's book, two collections of short stories, and three novels, including Aaron's Leap, a Lidov Noviny Book of the Year Award finalist, hailed by the Frankfurter Allgemeine Zeitung as a novel that "must be counted among the best written by contemporary Czech writers." It is her first book to be published in English.