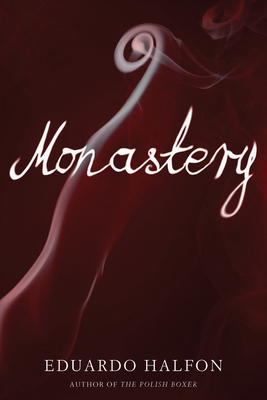 The nomadic odyssey of Eduardo Halfon continues as he searches for clues about his identity across Central America and Europe, New York and Jerusalem

In Monastery, Eduardo Halfon's eponymous wanderer travels from Guatemalan cities, villages, coffee plantations, and border towns to a private jazz concert in Harlem, a former German U-Boat base on the French Breton coast, and Israel, where he escapes from his sister's Orthodox Jewish wedding into an erotic adventure with the enigmatic Tamara. His passing encounters are unforgettable; his relationships, problematic. At once a world citizen and a writer who mistrusts the power of language, he is pursued by history's ghosts and unanswerable questions. He is a cartographer of identity on a compelling journey to an uncertain destination. As he draws and redraws his boundaries, he confronts us with the limitations of our own.