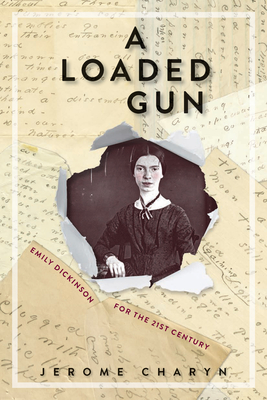 Emily Dickinson for the 21st Century

PEN/ Jacqueline Bograd Weld Award for Biography Longlist
O, The Oprah Magazine "Best Books of Summer" selection "Magnetic nonfiction." --O, The Oprah Magazine "Remarkable insight . . . a] unique meditation/investigation. . . . Jerome Charyn the unpredictable, elusive, and enigmatic is a natural match for Emily Dickinson, the quintessence of these." --Joyce Carol Oates, author of Wild Nights and The Lost Landscape We think we know Emily Dickinson: the Belle of Amherst, virginal, reclusive, and possibly mad. But in A Loaded Gun, Jerome Charyn introduces us to a different Emily Dickinson: the fierce, brilliant, and sexually charged poet who wrote: My Life had stood--a Loaded Gun--
...
Though I than He-- may longer live
He longer must--than I--
For I have but the power to kill,
Without--the power to die--


Through interviews with contemporary scholars, close readings of Dickinson's correspondence and handwritten manuscripts, and a suggestive, newly discovered photograph that is purported to show Dickinson with her lover, Charyn's literary sleuthing reveals the great poet in ways that have only been hinted at previously: as a woman who was deeply philosophical, intensely engaged with the world, attracted to members of both sexes, and able to write poetry that disturbs and delights us today. Jerome Charyn is the author of, most recently, Bitter Bronx: Thirteen Stories, I Am Abraham: A Novel of Lincoln and the Civil War, and The Secret Life of Emily Dickinson: A Novel. He lives in New York.

Jerome Charyn is the author of more than fifty works of fiction and nonfiction, including Sergeant Salinger; Cesare: A Novel of War-Torn Berlin; The Perilous Adventures of the Cowboy King: A Novel of Teddy Roosevelt and His Times; In the Shadow of King Saul: Essays on Silence and Song; Jerzy: A Novel; and A Loaded Gun: Emily Dickinson for the 21st Century. Among other honors, his novels have been selected as finalists for the Firecracker Award and the PEN/Faulkner Award for Fiction. Charyn has also been named a Commander of Arts and Letters by the French Minister of Culture and received a Guggenheim Fellowship and the Rosenthal Family Foundation Award for Fiction from the American Academy of Arts and Letters. He lives in New York.
Loading...
or support indie stores by buying on