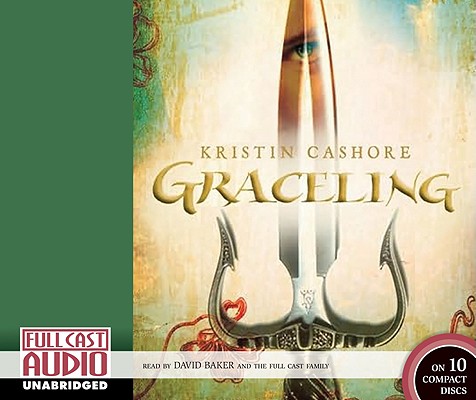 “In a world where some people are born with extreme and often feared skills -- called Graces -- Katsa struggles for redemption from her own horrifying Grace, that of killing, and teams up with another young fighter to save their land from a corrupt king. Action-packed and featuring a strong, feisty girl.”
— Kristi Tiedt, Butterfly Books, De Pere, WI
View the List

in a world where some people are born with a Gracea unique, sometimes uncanny, giftthis is the story of Katsa, whose Grace, demonstrated at an uncomfortably early age, is for killing. This makes her a perfect tool for her uncle, King Randa But Katsa chafes at the way she is being usedand even more at the injustices she sees around her. Then she meets Prince Po, who has a Grace to match hers]] perhaps. Featuring FCA favorite Chelsea Mixon as Katsa, and sensational newcomer Zachary Exton as Prince Po, the most fascinating and praised fantasy debut of 2008 now springs to life in a sensational full cast recording.