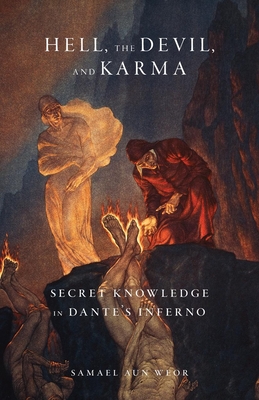 Hell, the Devil, and Karma

The three main religions in the West--Judaism, Christianity, and Islam--share a common belief of a region called "hell," where it is said that the souls of the dead suffer eternal punishment. Yet, few who follow those religions realize that their beliefs are very similar to those of the Greeks, Romans, Chinese, Hindus, Buddhists, etc., who also describe hells, devils, and punishment for sinners, and each also indicate how to avoid falling into hell. The similarities among religions are more than mere coincidence, since all emerged from the same root.

Dante symbolized all of this in his Divine Comedy. Countless readers have been inspired by his beautiful, epic poem, and generations of scholars have attempted to unveil its mysteries, but failed for one simple reason: they were not initiated into the secret knowledge that Dante knew but could not reveal. The Divine Comedy comes from an esoteric tradition that studied the root of all religions. Only initiates of that tradition can interpret it. Now, in Hell, the Devil, and Karma, Samael Aun Weor has unveiled what Dante could not: the living reality behind the symbols.

The Divine Comedy begins with the Inferno because it is of most immediate importance for us. The hell realms have reality and purpose, which is to clean souls of defects and the consequences of mistaken actions. If you want to avoid those realms, you simply have to eliminate your psychological defects yourself, which is the true purpose of meditation and spiritual development. To explain all of this, Samael Aun Weor describes his own personal experiences investigating those realms (yes: he consciously and safely experienced them, and we can, too). Most importantly, he provides the practical, scientific tools we need in order to change the trajectory of our life: by awakening our consciousness, and eliminating the inner defects that cause suffering and bind us to hell.