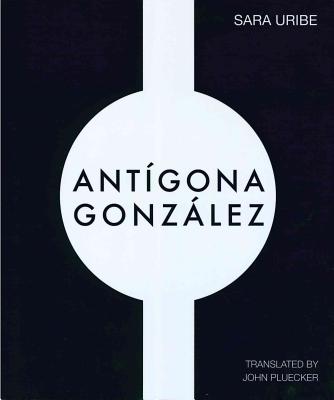 Poetry. Latino/Latina Studies. Translated from the Spanish by John Pluecker.

What is a body when it's lost?

ANT GONA GONZ LEZ is the story of the search for a body, a specific body, one of the thousands of bodies lost in the war against drug trafficking that began more than a decade ago in Mexico. A woman, Ant gona Gonz lez, attempts to narrate the disappearance of Tadeo, her elder brother. She searches for her brother among the dead. San Fernando, Tamaulipas, appears to be the end of her search.

But Sara Uribe's book is also a palimpsest that rewrites and cowrites the juxtapositions and interweavings of all the other Antigones. From the foundational Antigone of Sophocles passing through Griselda Gambaro's Ant gona furiosa, Leopoldo Marechal's Ant gona V lez, Mar a Zambrano's La tumba de Ant gona all the way to Antigone's Claim by Judith Butler. And this book's writing machine includes testimonies from family members of the victims and fragments and fragments from news stories that provide accounts of all these absences, all the bodies that we are missing.

This brilliant and moving book revives the story of Antigone to confront the horrifying violence shrouded within the present landscape--Antigone, a solitary figure before the law, facing certain death, who invokes a way of resistance at once textual and political. Sophocles' play resonates throughout this act of poetic testimony and fierce interpretation, making emphatic graphic marks precisely where there is no trace of loss.--Judith Butler

Sara Uribe's ANT GONA GONZ LEZ reads as if written by the Emily Dickinson of Tamaulipas in response to the loss and violence occurring all around her--it is that intimate, honest, unaffected, intelligent, urgent, innovative, spare, and beautiful. I am so happy that this landmark of contemporary Mexican literature is now available in the United States.--Francisco Goldman

As the families of so many disappeared throughout Mexico, Sara Uribe's ANT GONA GONZ LEZ roams a convulsed land looking for the body of Tadeo, her brother. As urgent as it is delicate, ANT GONA GONZ LEZ summons the dead and brings them to our tables, for the day we cease sharing memory and language with them, we ourselves will become loss, vanished sign, oblivion.--Cristina Rivera- Garza.