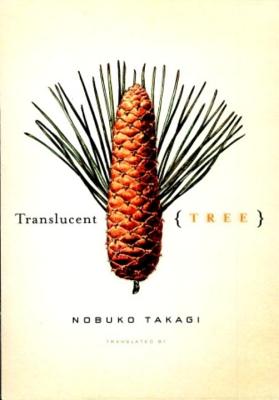 Chigiri Yamazaki is a divorced single mother who has returned to Tsurugi City with her 11 year old daughter to care for her ailing father--a famouse sword maker whose business has completely faltered. It falls upon Chigiri to keep dept collectors at bay.

Go Imai, a freelance documentary maker, is on a business trip from Tokyo and has decided to stop by this little town of Tsurugi, where he had come to do a story on Chigiri's father 25 years ago. Go reunites with Chigiri, and the two begin a love story of epic consequence and passion reminiscent of the works of Marguerite Duras and Alice Munro, set against the backdrop of bucolic Japan.

“Translucent Tree left this reader with a feeling of pure insight into Japan, not unlike the movies of Hayao Miyazaki… This is a romance, a love story, and nothing is lost in translation.” — Los Angeles Times

"Translucent Tree is impossible to label as simply romance. What I found was something more tuned-in with reality, especially a Japanese reality, but certainly human first." --Mecha Mecha Media

"A story of a convincing, mature relationship which ends, despite its sort of fumbling beginnings, with deep love, respect, and eroticism." -- Library Thing

Nobuko Takagi was born in 1946. Since her debut as a novelist in the early 80's, she has written prolifically, and has been the recipient of several literary awards, including the Akutagawa Prize, (the Japanese equivalent of The Pulitzer Prize) in 1984. Takagi is perhaps best known for her explorations on the theme of love. Her fiction deals with love in many different guises: pure love, married love, extra-marital affairs, and love triangles. Her investigation of the workings of the mind often focuses on the dark side of human nature. Other literary awards she has won include the Women's Literature Award(1995) the Tanizaki Junichiro Award (1999) for Translucent Tree and the Minister of Culture Award (2006). Many of her works have been translated and published in China and Taiwan, and Translucent Tree has been adapted to film in Japan, where it met huge success.
Loading...
or
Not Currently Available for Direct Purchase